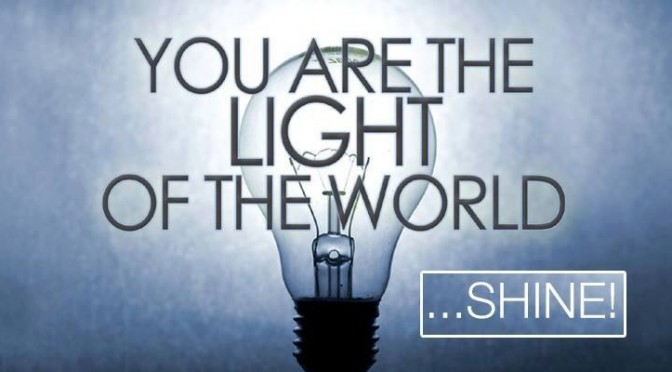 What are you willing to risk for God?

There’s a story about a group of baby sharks about six inches long. Thees small sharks were swimming along doing what baby sharks do when suddenly the current changed a big wave came and confined them in little puddles on land, the little puddles of water on the land had everything the shark needed to live the only problem was they were small not a lot of room for growth. A funny thing happened they stayed a size proportionate to the size of the puddles of water they were stuck in. Weeks and years went by and the Sharks stayed six inches long yet they were fully matured. Finally the day came another big wave hit and return them in the ocean, and they grew to their normal length of eight feet.

That also happens to some Christians. I’ve seen some of the cutest little six-inch Christians who swim around in a little puddle afraid to take a risk for God. But if you put them into a larger area not confined and weighed down by the world they can become great. God wants to release you today no longer are you going to be trapped weighed down in little puddles. The time for You is now be released don’t let the world and your situations put you in a small puddles be free! Be free!! Gods releasing a work in your lives.

What are you willing to risk for God?

But risks must be taken, because the greatest hazard in life is to risk nothing

The person who risks nothing, does nothing, has nothing and is nothing

Only a person who risks is free

How many of you have kids? How many times have you asked them to do something and gotten back the question why? How many times to we find our saying don’t ask why just do it. My dad for instance would tell me to do things when I was little son clean your room, I need to to take out the garbage, study, don’t jump into the street. And he’d get the response why? Son he’d say don’t ask why just do it! Come to find out he had my best interest in mind… Study in good, a clean room is better, jumping in front of cars is dangerous. As my father had my best interest in heart so does our heavenly father for us. How many times when God tells us to do something do we say.. why? But God why? Hello this is God we are talking about he loves us unconditionally he wants what best for us and when he asks us to do Something we need not to reply with why…. But with why not why not lord I’m yours use me. Why not me

Deuteronomy 31:6
Be strong and courageous. Do not be afraid or terrified because of them, for the LORD your God goes with you; he will never leave you nor forsake you.” (Duet. 31:6 NIV)

Risk takers in the bible – why not me

Abraham – who was the father of the people of God, Abraham the risk taker who left the security and comfort of Ur because of the call of God. He took a risk and became the “father of the multitude ” he is the spiritual ancestor of all Jews and the father of the nation of Israel. Abraham said why not me

Moses – This man of God gave up the best Egypt could offer to serve God. He risked his life and reputation in Egypt to serve God. Moses said why not me

Joshua – the risk taker is still considered one of the best military minds of history. His dedication to risking all to take the promised land is noted by all. Joshua said why not

Jeremiah – The priest who took the risk to speak for God during the heartbreaking final days of Judah. His risk caused himself to be called a traitor, to be arrested, and threatened throughout his ministry. Yet he took the risk for God and as he predicted, Jerusalem was captured and the nation deported because of their unwillingness to repent to God for their sins. Jeremiah said why not me

Esther was an orphan who became queen of Persia. She was placed in her position by the Lord to be the solution to the problem. She needed to risk her life to save the annihlation of the Jewish people by Haman’s evil plan. Esther said why not me

Paul -Risked all after his encounter with Jesus to reach the Gentiles for Christ. He endured persecution. Paul said why not me

Mary the mother of Jesus. She risked her reputation and life to give birth to Jesus. Mary said why not me

Joseph was bethrothed to Mary when she was found with child he was going to put her away but an angel changed his mind. He risked everything to marry Mary and raise Jesus. He put his life in danger helping to raise Jesus. Joseph said why not me

Jesus – He was willing to risk all to follow God’s plan even risk his own life on the cross to see to it that God’s plan was fulfilled and the world given redemption through his sacrifice. Jesus said why not me

He is the ultimate risk taker of all time! He worked through his fear in the Garden and he faced them and defeated them with the courage to risk all for God. Jesus knew that to defeat fear you had to risk comfort and safety and face it head on in God.

Al these people had the attitude of a risk taker because they said “Why not Me?” The key here to understand is that maturity in Christianity says “Why not me” The willingness to enter into Whenever, wherever and whatever God wants.

The truth is — when risks are taken for God things happen visions from God become realities. Lives are changed and miracles happen! Risk takers in the bible who left impressions on our minds and spirits as inspiring examples of fearlessness in the face of ridicule, harassment, sacrifice and even death for the spread of the Kingdom of God.